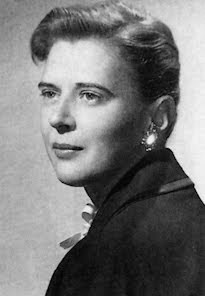 Beatrice Hicks was born in 1919, a time when young women were expected to follow in their mother's footsteps, not their fathers. Nonetheless, young Beatrice decided she would take after her engineer father when she was 13.

While her parents seemed to have little opinion about their daughter's ambition, Beatrice's teachers often tried to discourage her from pursuing work in a field most unconsidered so unsuited to women. Beatrice ignored this and went on to earn degrees in chemical and electrical engineering as well as physics. In 1942, she became the first female engineer to work for the Western Electric Company.

When Beatrice's father passed away, she joined the Newark Controls Company, a company he had founded. She worked as the chief engineer there until she purchased a controlling share of the company in 1955 and became president.

Some of her most notable work as an engineer was designing and patenting a gas density switch that would go on to be used by the U.S. space program. Her switch was part of the Apollo moon landing.

Beatrice ran a company, worked as an engineer at that company, continued her education and maintained a marriage all while operating in a world and a field that was not welcoming of women with that much education and power. Beatrice saw the lack of women in what we now call S.T.E.M. careers as a problem, not only for women but also for the fields that lacked their input.

In 1950, Beatrice and other women in her field began meeting together to help advance women in engineering and increase interest for women to enter the field. This group became Society of Women Engineers, and Beatrice was elected as its first president. She toured the country speaking to women and encouraging companies to hire female engineers. Her activism for women in engineering didn't stop there. She served on the Defense Advisory Committee for Women in Services from 1960 and 1963. She was also the director of the First International Conference of Women Engineers and Scientists.

In 1948, Beatrice married fellow engineer, Rodney Duane Chipp. He went on to own a consulting firm. When her husband passed away, Beatrice sold her shares in the Newark Controls Company and took over her husband's firm. She passed away in 1979 at the age of 60.